The highly anticipated AVPL Super League Beta Season is here! Player registrations are now open for both PlayStation and Xbox with a view to kick off the season on July 25th.

The AVPL Super League takes the best aspects of the traditional AVPL format we've all become accustomed to over the years and throws in FPL style restrictions. Managers take control of Premier League teams and have $100m to spend on a roster of 15-25 players.

Please note that it is called a BETA season for a reason. This is the first time we are running something like this, so we are still figuring out the best way to do things as we go along. A statistic based value system will never be perfect, so please keep that in mind when providing feedback. Constructive feedback is encouraged.

Player registrations are now open, and will remain open for the entirety of the competition. There will be a 4-week pre season during which managers are free to sign players from the player pool, up until the competition kicks off on the tentative start date of July 25th. There will be multiple transfer windows during the regular season to allow for free agent signings and transfers between teams.

Managers may register their interest via our AVPL Super League Manager Form. Please make sure you've read and understood the manager guidelines.

While our goal is to eventually have 20 teams, we may opt to run the beta season with as little as 14 teams to start off. This depends on the quantity and quality of managers signing up, as well as the player pool size.

We will look to have all managers announced by at least the second week of July. We may push the start date of the competition back if we aren't getting enough manager signups. We want to allow at least 3 weeks for all managers to trial and select rosters.

Players will be automatically assigned a value between $3m - $8m upon signing up. The admin team will manually assign S tiers (worth $14m). Please see the below diagram for more information on how values are assigned.

S tier players will be announced at a later date. 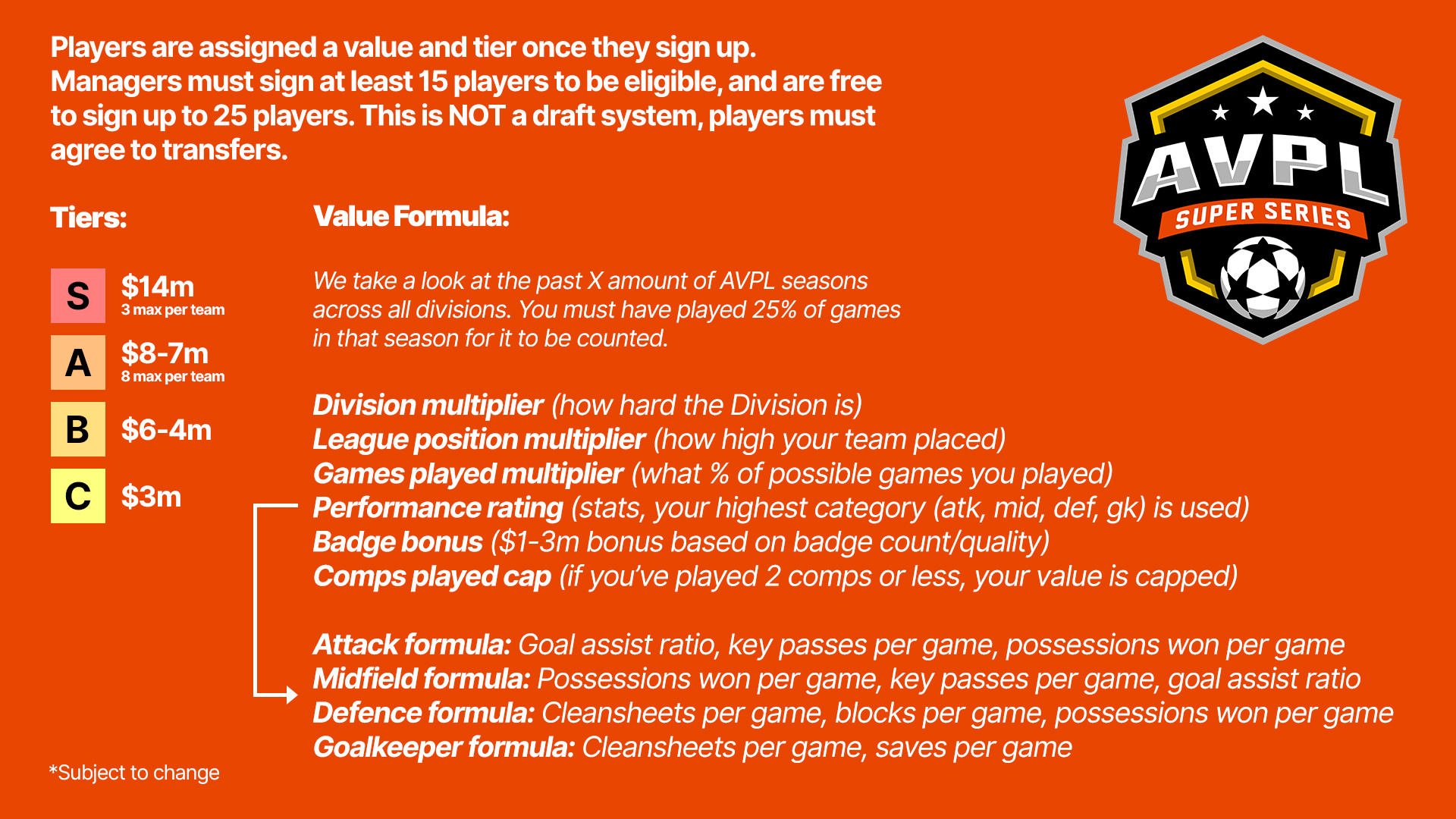 Moving into FIFA 22 and beyond, we plan to alternate between traditional AVPL (now referred to as the AVPL Competitive Series) and the AVPL Super Series. The aim is to run 3 of each format, per FIFA.

To be able to do this, we'll need to free up space in the calendar, which is why we will be scrapping ECL and Draft as full length competitions.

We will look to run Pro Clubs Sixes comps on a more frequent basis. These will run over two days, meaning they can be squeezed into our regular AVPL schedule, most likely on Thursdays and Fridays.

Drafts may return in the future, but not as full length competitions. 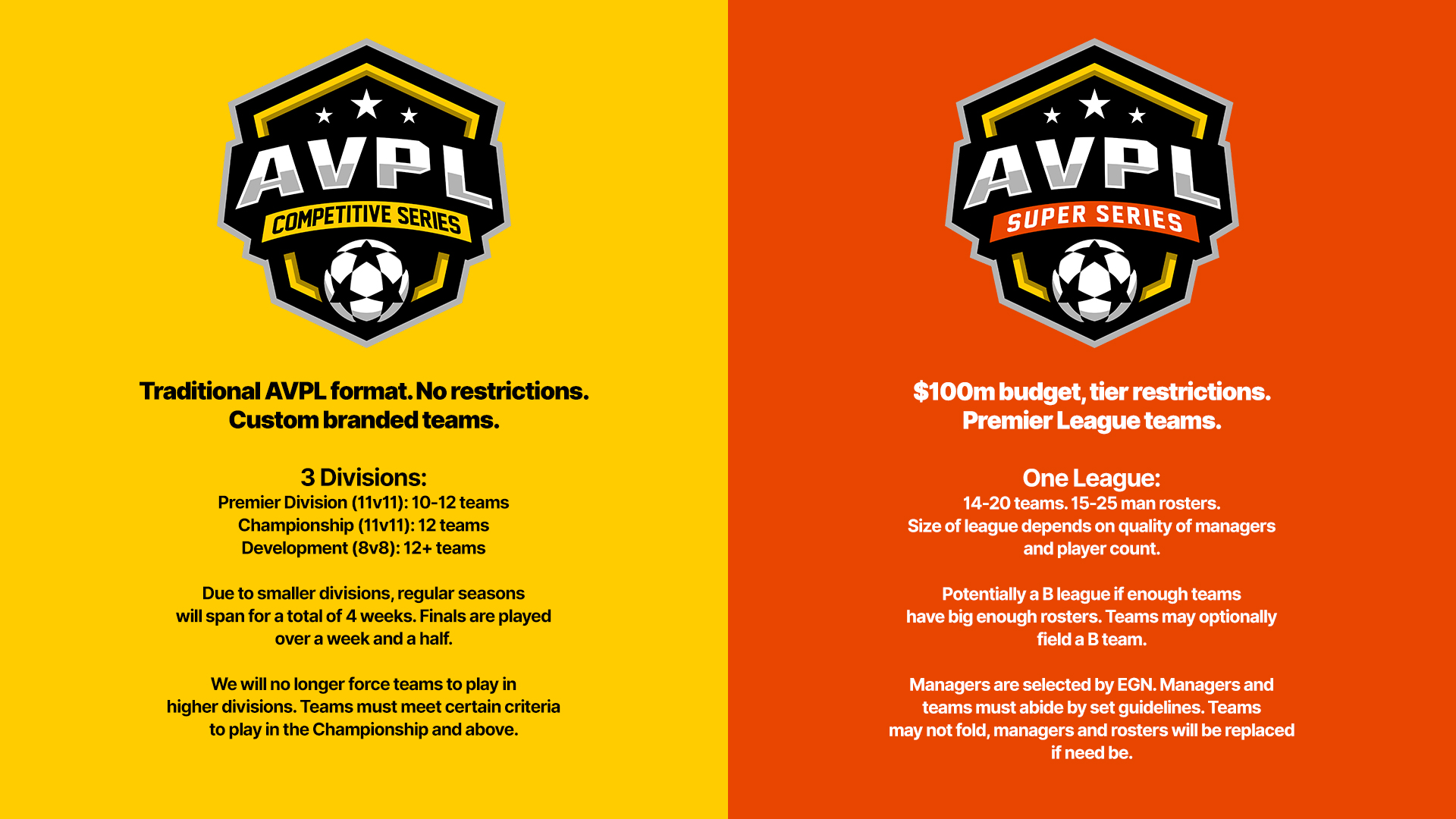